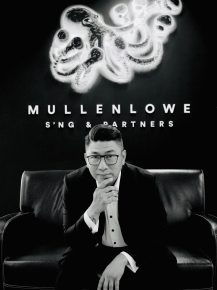 Adrian jumped straight into Advertising the minute his feet landed back on Malaysian soil in 1994 after graduating from the United States. He started his career with Ogilvy & Mather and did his tour of duty with other Agencies like Leo Burnett, Dentsu, J Walter Thompson and BBDO.

In 2012, Adrian was appointed as General Manager of Saatchi & Saatchi Malaysia and after reviving and dragging the Agency out of the trenches with 11 new business wins, Adrian was promoted to Managing Director in 2014.

Prior to joining MullenLowe, Adrian also started an internet media company that dealt in community marketing on social media. The experience showed him the ins and outs of how brands should operate on social media. It was an interesting experience but the world of advertising was deep set in his veins and his desire to feel the adrenaline rush that only being in the industry can give you was a calling card he could not say no to.

In Sept of 2017, Adrian was hand-picked to lead MullenLowe Malaysia with the task of moving the Agency to greater heights with emphasis on new business development and improving margin targets.

In his free time, Adrian moonlights as a guest chef at a famous restaurant in Kuala Lumpur, serving out his unique take on dishes which has its own steady following of customers.