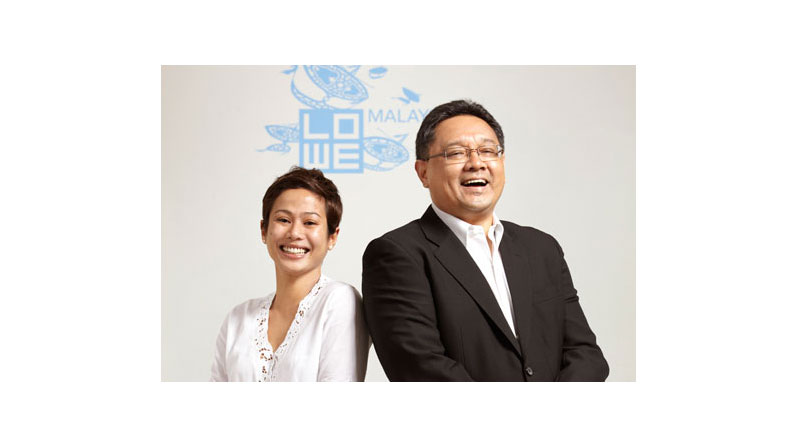 Jun 7th 2012, Singapore
Following the recent win of the automobile-major, Perodua, Lowe announced today the
appointment of Mazuin Zin as the Managing Director for Lowe Malaysia. She joins the agency and
takes over the operations in July. Mazuin joins Lowe from Leo Burnett, where she spent well over a
decade in various roles based in Malaysia and Singapore. Through her career, Mazuin has managed
numerous global brands and large local clients including Samsung, P&G, Dutch Lady, Petronas,
Proton, Malaysia Airports Berhad, McDonald’s, Philip Morris, ING, Pepsi, Unilever and Nestle. Most
recently, she was the General Manager for Leo Burnett and Arc Worldwide in Malaysia.
In herrole as Lowe Malaysia Managing Director, she is tasked with further strengthening the agency
both on capability-development and business growth.
Speaking of the appointment, Rupen Desai – Regional President Lowe Asia-Pacific says, “Mazuin is a
great addition to Lowe. She’s a proven professional, driven and has a great reputation in the market.
Her partnership with Brandie Tan, our award-winning ECD, gives us a team stronger than ever
before. We believe her leadership along with the rest of management team will make Lowe
Malaysia an agency to reckon with. These are, indeed, exciting times for us.”
Speaking of Lowe Malaysia, Mazuin says, “Lowe Malaysia is the rare combination of an agency that
keeps their client list select, yet remains one of the top agencies in the country. They come up with
surprising, unexpected ideas, and are at the forefront of effectiveness, which is increasingly becoming
the benchmark of performance in our business.”
About her role, she adds, “I’m looking forward to joining Lowe Malaysia – the team is a strong
combination of experienced hands and new blood, which gives the agency both a strong foundation
and a hunger to keep getting better. The client list is blue-chip – every single one is either number 1
or 2 in their category”
In a related move, Khairudin Rahim, the current Managing Director of Lowe Malaysia has been
elevated to the position of Chairman. Khairudin has led the agency for over 17 years.
Speaking on the occasion, Khairudin says, “I can think of no better person to lead Lowe into its next
phase of growth than Mazuin. She has the extraordinary talent of both developing and maintaining a
client’s trust to do the absolutely right thing for their brand, while at the same time rallying and
inspiring her team to produce great work and effective results.”
-– ENDS –-
For more press information, please contact:
Miah Tolha, Project Manager, PR – Lowe Asia Pacific
E: miah.tolha@mullenlowegroup.comAbout Lowe Asia-Pacific
Lowe + Partners, is a network of advertising and communication agencies with presence in over 80 countries around the
world. A part of the Interpublic Group of Companies (NYSE: IPG), it partners leading global brands.
Lowe has been present in Asia-Pacific for over 70 years and now covers 15 countries in the region including Australia,
Bangladesh, China, Hong Kong, India, Indonesia, Japan, Malaysia, Pakistan, Philippines, Singapore, Sri Lanka, Taiwan,
Thailand and Vietnam. In Asia-Pacific, Lowe is one of the top networks on both creativity and effectiveness in local regional
and global award shows including Cannes, Clio, One Show, Agency of the Year, Effie and the Asian Marketing Effectiveness
Awards. Formore info, visit www.loweasiapacific.com