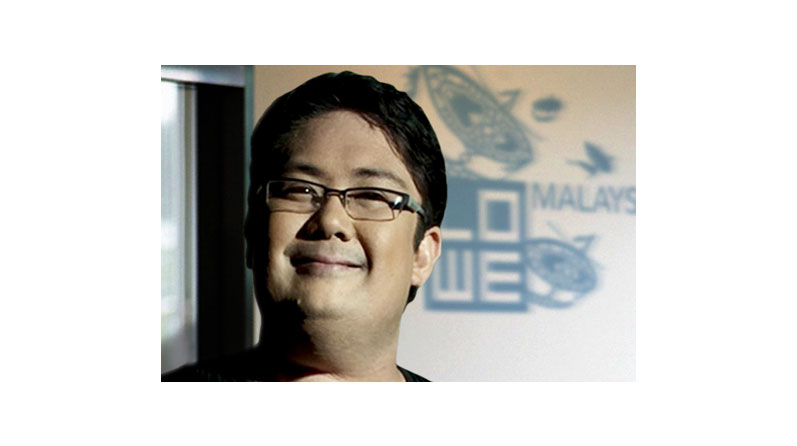 6
th Feb 2012, Kuala Lumpur
Lowe Malaysia announced today that multiple award-winning CD, Brandie Tan will be joining
Lowe Malaysia as Executive Creative Director. Managing Director, Khairudin Rahim, announced the
appointment today and confirmed that Brandie starts in his new role on Feb 15th
Widely acknowledged among top creative talents in Asia and currently ranked #2 in the Philippines
rankings*, Brandie returns to Lowe after a stint with BBDO Guerrero (Philippines), prior to which, he
was with Lowe Vietnam as a joint-ECD.
In his role as Lowe Malaysia ECD, he will be tasked with driving a multi-disciplined approach for a
truly integrated creative product.
Speaking of the appointment, Khairudin says, “Brandie joins us at a very opportune time in the
evolution of Lowe in Malaysia. Last year, we marked our 50th anniversary in Malaysia, with a series of
new clients like F&N Dairies, PlayTV Asia and a private university, plus new assignments from longstanding clients like Etiqa, Walls, IKEA and Unilever.”
Brandie’s luggage will be weighed down by metals from Cannes, Clio, D&AD, The One Show, Spikes
Asia, London International, Asian AdFest, AWARD Awards, DMA Echo, Digital Media Awards, Caples,
the Asian Marketing Effectiveness Awards, the local Araw Awards and the Philippine Creative Guild
Kidlat Awards, across all media, covering TV, print, radio, direct marketing, digital, outdoor and
integrated.
Confirming the move, Brandie says, “I’ve often worked on materials for Malaysia at a regional level.
Now I’m excited to be working from within the country. Khairudin’s experience and guidance, along
with the Lowe Asia-Pacific network, will make it a fun new challenge.”
Brandie has led business-building integrated campaigns numerous clients including Johnson &
Johnson, FedEx, Unilever, Procter & Gamble, Bayer, Visa, Ford, Adidas, Nestle, Pepsi, Pizza Hut,
Bayan Telecommunications and Pfizer.
Khairudin adds, “We have been looking far and wide for someone who will not just help us deliver
that, but be a strong and inspiring leader to the agency. Brandie is the best person to help deliver
that and he’s well worth the wait. Not only does he have a cupboard full of awards, he also shares
our effectiveness mantra and is driven by great integration.”
-– ENDS –-
*Source: http://www.thecreativerankings.com/creatives/grid/2011?country%5B%5D=49About Lowe
Lowe Malaysia, with 51 years of local heritage, is one of the country’s leading communications agencies. It is part of the
IPG group of companies with its worldwide headquarters in London. As one of Malaysia’s top Creative agencies, Lowe
works with leading companies including Unilever, Etiqa, F&N Dairies, IKEA and Maaduu. Known for its emphasis on effective
as well as creative solutions, Lowe Malaysia has been a consistent winner at creative and effectiveness award effectiveness
award shows alike.
For further information, please contact beelin.ong@mullenlowegroup.com | +60378016000