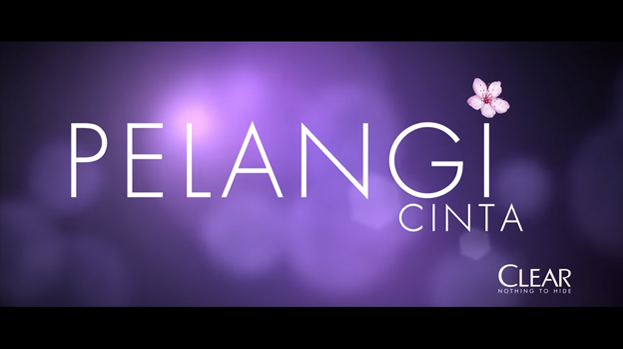 Lowe Malaysia and Unilever have come up with a novel and entertaining way to engage Malay audiences with the brand CLEAR: a film drama.

Lowe Malaysia was given the task of engaging Malay women aged 18-35 with the CLEAR brand, including the latest product line ‘Sakura Fresh’ and CLEAR anti-dandruff Nutrium 10. Taking the brand message that CLEAR wants you to have the confidence to show your true self, the team at Lowe hit upon the idea of telling a heartfelt story which would illustrate it.

The film Pelangi Cinta (rainbow of love) was conceptualized by Lowe Malaysia and Mojofilms as a 4-part webisode and music video. The film stars local celebrity and CLEAR brand ambassador, Juliana Evans, with Shaheizy Sam, and takes a new turn on the rich girl/poor boy storyline.

Vincent Chong, Marketing Director of Unilever Malaysia said, “The message of the brand is that if you’re not projecting your true and best self, you won’t get the recognition you deserve. And that’s what CLEAR wants to help with. If you watch the series I think you will find this message is relayed both touchingly and entertainingly. We hope Malay women will genuinely build fondness for the characters in this film and keep tuning in to follow the story.”

Shukri Jai, Client Service Director at Lowe Malaysia added, “Dramas are hugely popular among Malay audiences, and rate most highly among our local TV programmes. So branded content was the perfect way to go for our particular target group with CLEAR. And it is definitely good to have such strong brand ambassadors in Shaheizy Sam and Juliana Evans to star in it!”

In Pelangi Cinta, Evans plays a version of herself that Malaysians will be familiar with – the perfect, never a hair out of place, successful female. She knows what she’s worth and won’t settle for anything less; and she willingly pays the price of never being able to reveal her true self. Her love interest played by Shaheizy Sam is a young man who is satisfied with his life until he meets her. By the end of the film, the audience will see that Juliana has grown to let down her barriers, conveying the message that love is too beautiful to hide.

The product itself played a role in shaping the story. Anti-dandruff Nutrium10 formulation is noticeably behind Juliana’s confidence as the brand ambassador, and its new Japanese Sakura Flower Extract inspired the location for the final scene.

Esham Shahlin, Film Director at Mojofilms, comments on Evans’ character arc, “For someone that high up in society to show vulnerability, that’s her greatest sacrifice for love.”

The film title is a reference to hope and a nod to the soundtrack, “Pelangi”, performed by local indie singer Izzy Mohd. The music video for the song will be released as part of the Pelangi Cinta season.

This article was first published on http://www.campaignbriefasia.com/